Last year I automated a cat toy and attached a Fitbit to my pudgy housecat in order to see if I could lower her weight. Eventually that cat did slim down to a normal weight, but it was ultimately due to low-tech methods; we got a new cat to chase her around and changed her food to a more healthy variety.

A reader emailed me inquiring if my modified Undercover Mouse still worked after so long and, if not, what shape the gears were in.

My modified Undercover Mouse worked for about six months. This was not six months of normal use but six months of relentless, automated, “wait two hours, randomly actuate for fifteen minutes, repeat” punishment. As time wore on I noticed the toy getting quieter and weaker. Eventually the wand would refuse to move but I could still hear the tiny electronic whine from the motor. 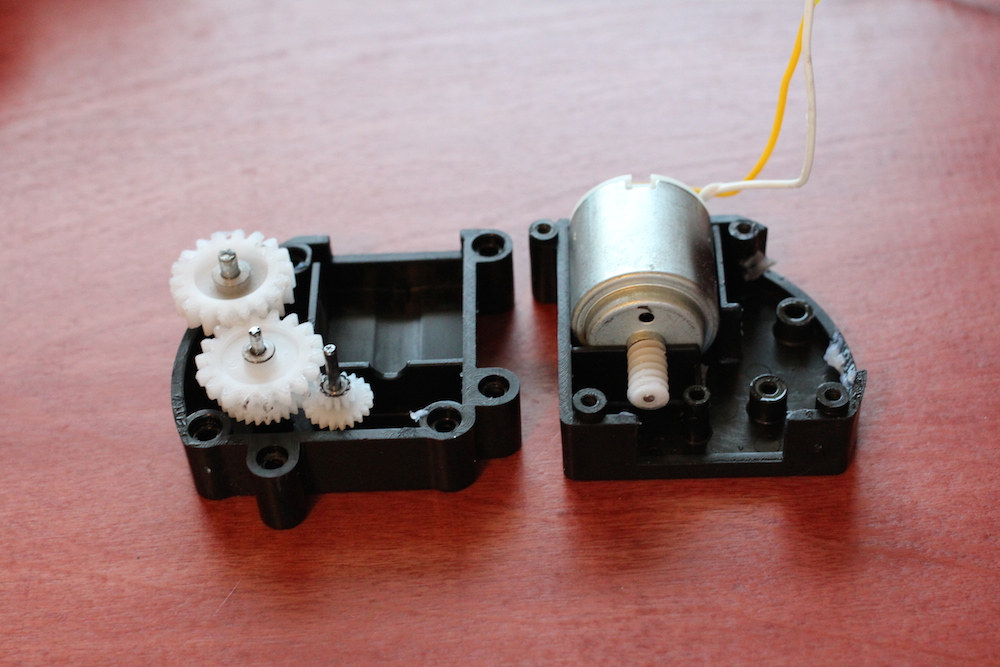 To my untrained eye, the gears look okay, so I would theorize that the little hobby motor suffered from some kind of internal wear. The toy likely did not break down from rough play by the cat, but instead by the 95% of those six months when it was running without the cat.

Given the ridiculous use that this little motor was exposed to, I would say it performed admirably.

Now it is time to order a new motor, and expose this toy to the new cat.