Another week of baseline data and the first tests of a new toy.

Snickers has a few toys already: a scratching post, a toy mouse suspended from the ceiling with elastic, and a menagerie of other stuffed fabric playthings; usually mouse-shaped and usually missing ears or appendages. For this experiment I wanted a toy that would cause a noticeable bump in measurable activity. A buddy of mine recommended an Undercover Mouse.

Snickers’ initial impressions were less than favorable, probably due to the sound of the motor.  My wife was able to gradually introduce her to it later and now she loves it. But if we just left it on 24/7 she would likely grow bored of it fairly quickly. The best way to exercise a cat with this toy may be to turn it on several times during the day and let the cat play with it long enough to burn some calories but not long enough for the cat to lose interest. If you have an erratic schedule you could theoretically do this manually, but no one has time for such things.

As soon as some new parts arrive, the engineering phase of this experiment will begin.

It has been one week since I attached a Fitbit tracker to my cat. Let’s look at the data.

Snickers seems to have adjusted to the collar and Fitbit tracker fairly quickly, so now that we have a good baseline we should be able to start throwing some new cat toys into the experiment to see if they make her more active.

I’ve been wearing a Fitbit Tracker for about two and a half years now. Recently I replaced my original “Classic” tracker with a newer model, which has freed up the old one for use in answering a question I’ve had from day one:

What would happen if I attached this to a cat? How much exercise does an indoor cat get, really?

Snickerdoodle (“Snickers” for short) is a seven-year-old domestic shorthair (mutt) that was found as a stray and nursed back to health by my parents when I was in college. I took her in a few months after getting my own house. Now that she’s an indoor cat, she no longer gets chased by Labradors, but she no longer gets to chase rabbits, either. Despite being on a low-calorie dry food for years, this decline in exercise has made her noticeably more plump than she was during her adventurous outdoor-cat days in the country. 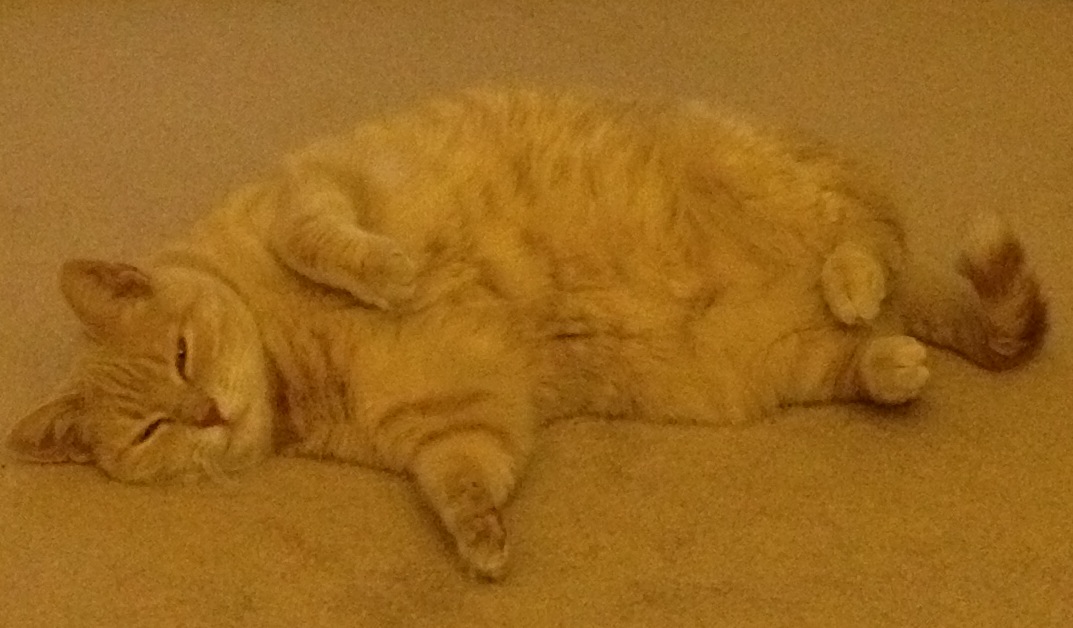 I configured my old Fitbit tracker and taped it to an adorable pink safety collar. My cat now has her own Fitbit profile. 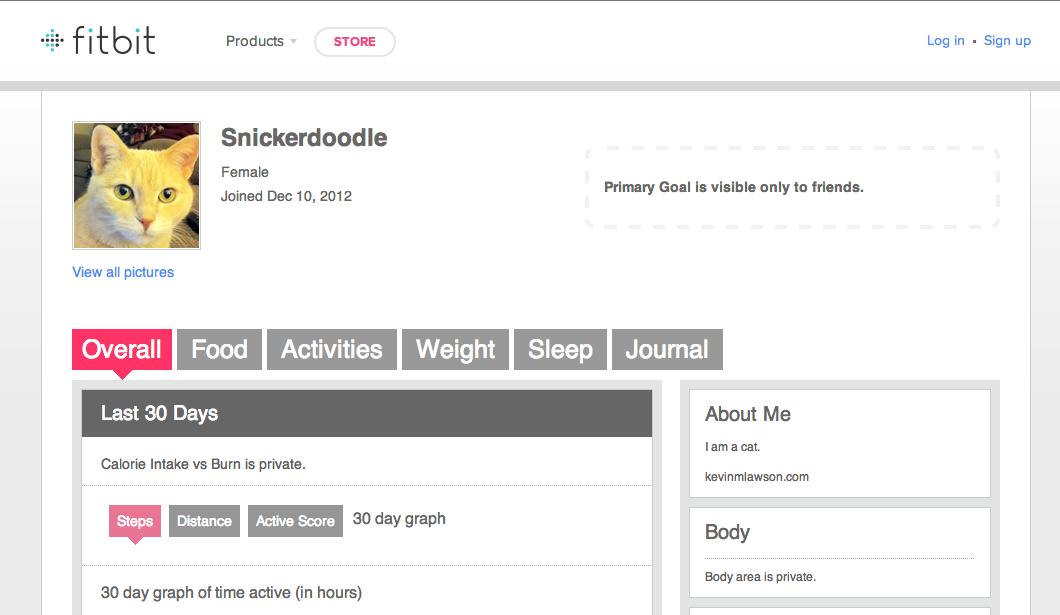 I am not sure what to expect from the data. Fitbit trackers were presumably designed only for measuring human activity, but I would imagine that when Snickers runs full bore down the hallway in the middle of the night, the tracker will pick up something.

Snickerdoodle’s usual experience with collars is that they are the immediate antecedent to a scary car ride and veterinary examination, so the first day or so may entail a lot more hiding and moping than normal; her activity may be a bit low initially. After a week or two of baseline I may try new cat toys to see how much they affect her average activity.